Our Pre-Conference Event was a ride on a boat around the lake and a dinner in the hotel’s parasol ballroom. The ceiling of the ballroom looked like the inside structure of an umbrella and the windows overlooked the lake. 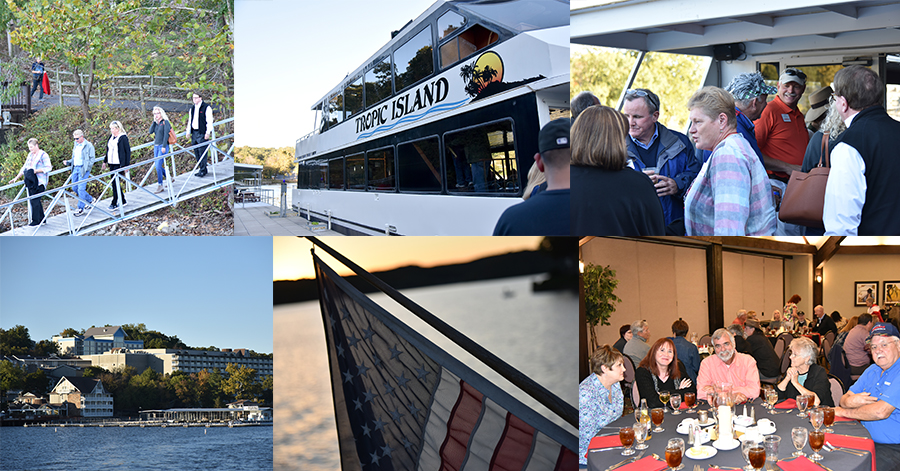 Wednesday was a busy day. Starting at 9 am was the Great Ozarks Bike Build where volunteers put together 49 Amtrykes, a crew of 5+ volunteers broke down boxes and picked up trash and another team assembled license plates. At the same time, other volunteers were off building a home access wheelchair ramp for a needy person in MO. Then, starting at Noon, was the golf outing at the Tan-Tar-A Oaks Course. The day finished with a Celebration Roast for Joe and Dannell Copeland who retired from service this year. What a fun evening that was!

Thursday started with the first business session, where the new executive director, Jay Laurens, did the traditional roll call to much hilarity. 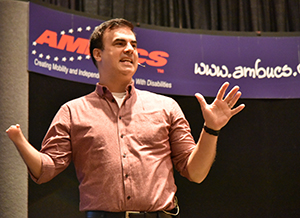 Our keynote speaker, comedian David Harrell, was born without a right hand. He told us many stories about dealing with life differently. His father desperately wanted a son who could play baseball; he quickly changed his disappointment to a determination that his son could just be a lefty. Dave even showed us how he learned to pitch and catch by switching the glove from his left hand to his right arm so that he could throw. He also gave us a new perspective on how the best meaning people, like doctors and nurses, sometimes treat children with disabilities, and it wasn’t all kindness. Despite dealing with kids scared of his hook, and swimming with a prosthetic, Dave thrived with good support from his parents and has a great career as an actor, comedian and motivational speaker. 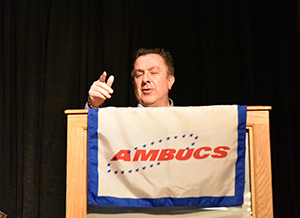 After lunch on our own Thursday, we heard from Patrick Ibarra, who gave us some good ideas for reaching younger people in today’s technology-driven world. Younger members are essential to an organization’s survival but it’s hard to get and keep their attention with traditional methods. We must change from a “know it all” mindset to a “learn it all” mindset. We need to be open to new ideas and make newer, younger members feel a part of our chapters, feel like they have a say in what’s going on. When we do what we’ve always done, we get what we’ve always got, no growth, nothing new. Change is not easy but it’s essential. It’s not an event it’s a process and all processes need a beginning, so instead of s

Friday began with the Regional Caucuses where each chapter received their awards, we heard from candidates for national office and region business was conducted. 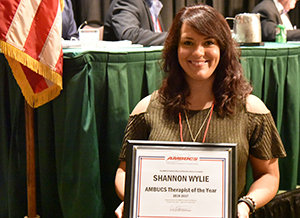 At the Foundation Program, we named the National Therapist of the Year: Shannon Wyle! She is an Occupational Therapist and a member of the St. Louis-based Gateway Tykes on Trykes Chapter. We couldn’t do what we do without great therapists like Shannon! We also heard that the national organization gave out $196,400 in scholarship money to 265 students this year. With this year’s gifts, we have given out $8,791,390 to over 15,000 students since 1955! 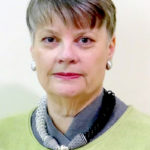 Educational Session topics included running a chapter scholarship program, raising community awareness of your chapter, a new fundraising option, navigating the AMBUCS website, a panel about some of the awesome missions our chapters have taken on and a new technology option coming to chapters. After the break outs, we all came back together to hear from Linda Garbe about the importance of storytelling. She instructed us on what stories to tell and how to most effectively tell them to get our desired results – awareness, new members and donations.

The Big Hat Luncheon & Auction once again featured the talents of professional auctioneer and Pekin chapter member David Craig. The event raised a total of $9,747. The Big Hat Lip Sync Video Contest was won by Mountain Metro and in total raised $12,442. The Grand Total between the two: $22,189!

Saturday, the final day of the conference, featured The Great Amtryke Giveaway, (they save the best for last), the final dinner and the installation of the new National Officers. 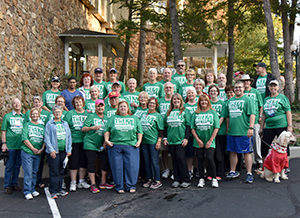 But the morning started out with Trek 4 Trykes. Here’s a note from Jan Ferris, this year’s committee chairperson. What she didn’t mention is that she hand made those gorgeous trophies!

Hello AMBUCS,
It was a beautiful morning for the Trek 4 Trykes at this year’s National Conference at Tan-Tar-A. The course was a bit more challenging than in year’s past but it was as fun as ever. 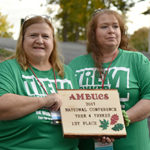 The 1st Place Fundraiser was Heike Anderson, raising $698, and in 2nd Place was Donna Patocka with $535. Over forty people walked, ran or fundraised.

I would like to thank the Trek 4 Tryke Sponsors for their generosity and all the Trek participants for their fundraising efforts. This year’s total was $10,235 – the proceeds of which will all go to take riders off the National Wish List! 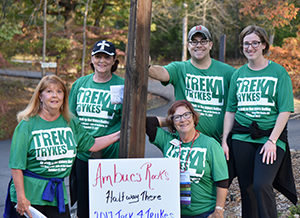 I would also like to thank my Trek Committee: Donna Carlton-Vish and Kisha Horne.

What a great 2017 Conference!!! Please take the time to thank the National office employees for all their hard work and dedication. See you next year in Reno.

At the second business session we heard the Annual Report, several awards were given and eighteen new life memberships were sold.

There were 52 trykes given away Saturday’s The Great Amtryke Giveaway: sixteen went to veterans and the rest to children of various ages. The veterans moved so fast around the indoor track that it was hard to get their pictures but this man (top right) was captured riding our latest model, the Tadpole. The bottom left picture was one of the cutest little girls who came in with a huge pink flower in her hair and she wouldn’t take it off even to put her helmet on. She couldn’t have been happier! 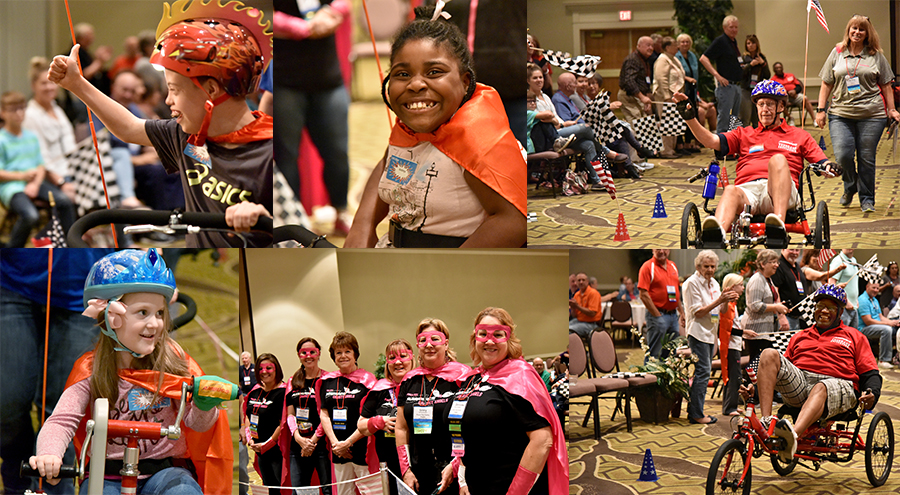 The President’s Dinner began with the President-Elect’s Reception followed by the parade of national officers. It’s a dressy affair so AMBUCS decked themselves out. The three highest AMBUCS awards were given out. Past officers were thanked and new officers were sworn in.

In his acceptance speech, National President Kevin Sheehan unveiled the tagline for his year “It Begins with You” and then sent out the national officers and staff with a pen for everyone while Tina Turner told us “You are the Best, Around!”