The largest annual fundraiser for the Ponca City Noon Chapter of AMBUCS is running the concession stand for the annual Motoplayground Race at Ponca City. This year’s event took place October 6-9. The event attracts dozens of riders and thousands of visitors a year, but the best moment for Ponca City Noon is the annual Amtryke Championship Races, held this year on October 8. 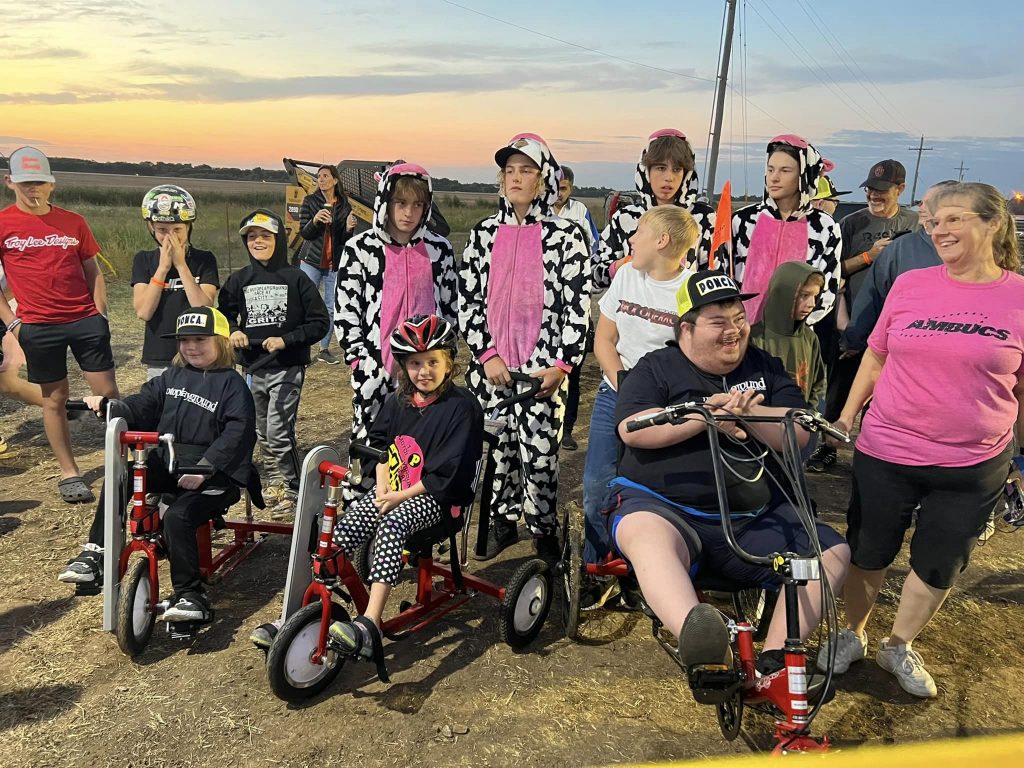 Each Amtryke rider is paired up with other volunteer racers, who accompany them as they ride the motocross playground on their trykes. Race teams get into the event by bringing race shirts and other swag for the Amtryke riders. One year all the Amtryke riders got custom motorcycle helmets.

At the end of the race, every Amtryke rider is declared a World Record Holder, to the wild cheers of hundreds of spectators. Five Amtryke riders participated in this year’s event. 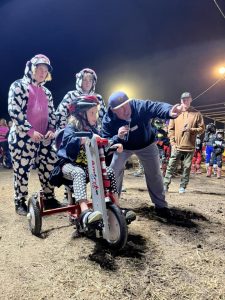 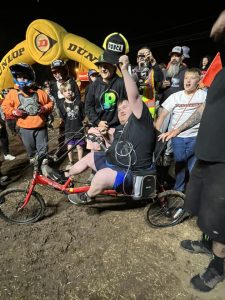 The race promoter of Motoplayground was instrumental with starting the annual Amtryke race mini-event several years ago, and the chapter hopes they will continue for many years to come.

“The Amtryke races are awesome for the racers and the crowd. Hearing the roar of the crowd as they raise the hand of each racer and announce that they are a champion, then seeing the look on their faces really is amazing,” said Ponca City Noon Chapter President Kevin Florer. “It is just as emotional as the first time you see someone receive an Amtryke.” 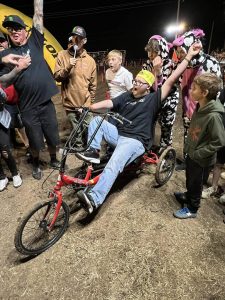 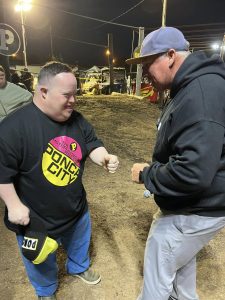