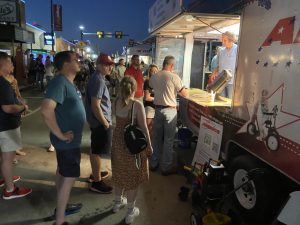 Grapevine Ambucs have been involved with this event for over 20 years. Currently, five chapter members serve on the GrapeFest steering committee.

The Grapevine Chapter’s Dog Wagon, located in the center of the festival, provides fresh AmBurgers, chili dogs and chili pie. A few Amtrykes are always on display next to the wrapped Amtryke trailer to attract extra attention. 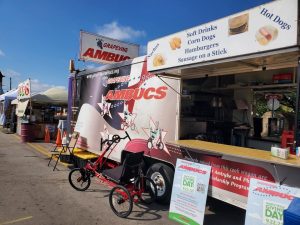 The event recruits other local civic and social groups as paid volunteers to staff gates and beer booths, with all of the revenue going toward local fundraising. In addition to the Dog Wagon, Grapevine Chapter volunteers also manage and staff the Champagne Terrace and a beer booth, and staff four different paid parking lots. Proceeds from GrapeFest are used for historic preservation.

This year, Grapevine Chapter and GrapeFest were featured on the local ABC affiliate WFAA in a live interview with Larry Corder. During the event, Grapevine Chapter recruited two new members and added several potential members to their email list. Cheers to another successful year! 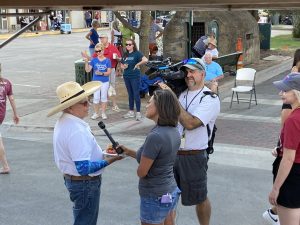