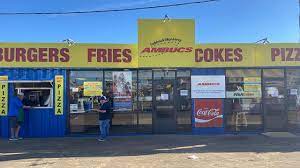 For over 55 years, the Lubbock Monterey Chapter in Texas was best known for making and serving hamburgers, curly fries, nachos, and ice-cold Coca-Cola in the early fall at the South Plains Fair Grounds. Their restaurant was one of the first stops for fairgoers, who loved the great tasting food at a valued price, but more so they loved that their dollars went to support the AMBUCS missions of inspiring mobility and independence. Lubbock Monterrey always had Amtrykes on display inside the restaurant, which caught peoples’ eyes and led to great conversations.

The restaurant was extremely successful, netting an average of $25,000 a year for the chapter, but it was also hard work, with long shifts extending late into the evening over 10 days. It grew to be unsustainable for the chapter membership, and they began brainstorming alternative ways to raise funds. When they struck on the idea for Summerfest, they knew they were onto something. 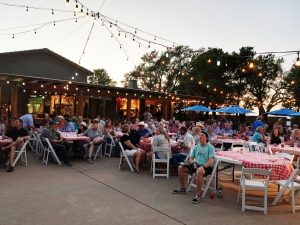 The Lubbock Monterey Chapter in Texas held their third annual Summerfest on August 13, 2022.

Summerfest takes the chapter nine months to plan, with numerous committees and subcommittees organizing various pieces, but it all culminates in a single, spectacular night that includes a buffet dinner, craft beer and wine tastings, a silent and live auction, and a live band for dancing under the beautiful West Texas stars.

This year’s event was their most successful ever. Over 300 people attended (up from 2021’s attendance of 200), and revenue almost doubled. Ticket sales and proceeds from the live and silent auction raised a net total of $46,000 in one night. That’s a huge improvement over 10 days of slinging burgers. 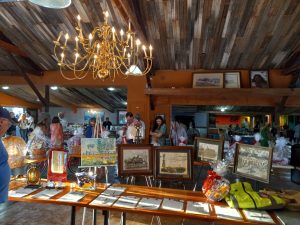 The key to the live auction’s success were renowned professional auctioneers Auction Airs (from the Barrett Jackson Auto Auction where seen on TV), who also donated their time. Live auction items included a helicopter hog hunt, a pellet smoker and 12 months of steaks, and more. Silent auction items included a 2-night New Mexico resort stay, a custom cornhole set, office furniture, and more. Each chapter member was responsible for helping to fund auction items from local businesses and their personal networks.

The Lubbock Monterey Ambucs found a meaningful way to incorporate the AMBUCS mission. The highlight of the event was the presentation of three Amtrykes to the following recipients:

• Oliva Anders, a 7-year-old girl born with Cerebral Palsy
• Nohemi Salazar, a 14-year-old young woman born with Spinal Bifida and,
• Matt Dawson, a local Fire Fighter / First Responder who was critical injured in the line of duty in 2020 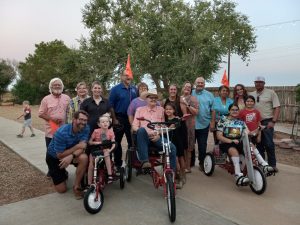 Attendees were so moved by the presentations that seven additional Amrykes were funded before the event was over.

“It was an extremely emotional yet gratifying evening. Everybody smiling and lots of dancing,” says Chapter President Bobby Sanders. “We have already begun planning for Summerfest 2023.” 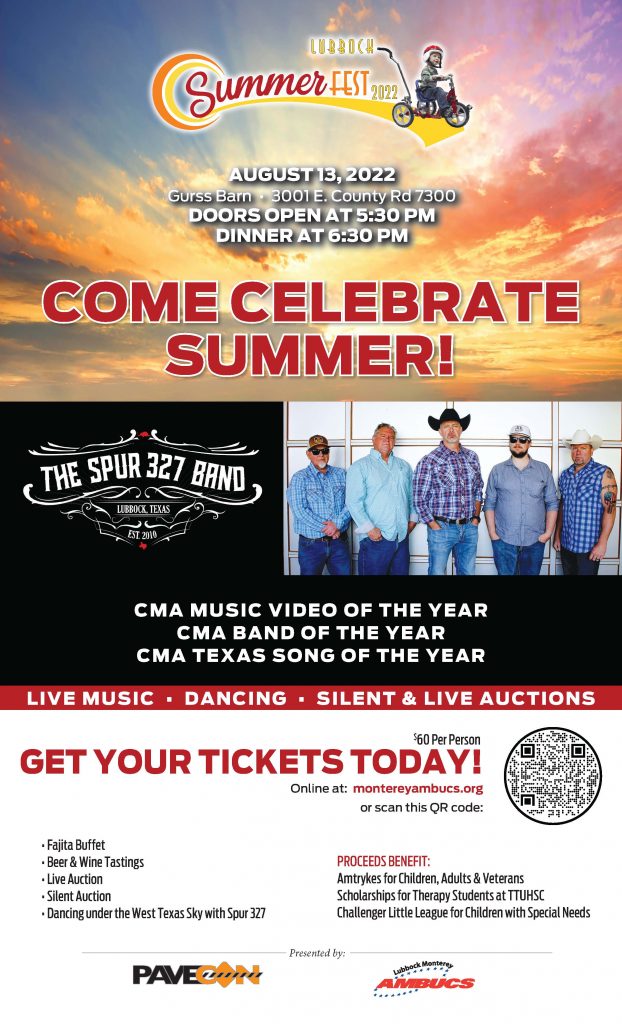