NorCal Trykers Chapter of National AMBUCS is based in Davis, California. The city of Davis, just west of Sacramento, boasts of being the home of The United States Bicycling Hall of Fame and of having more miles of bike paths per head of population, than any other city in the US.

NorCal Trykers has partnered with the Davis chapter of The International Order of Odd Fellows, The Bike Garage and The Bike Campaign, for the last four years, to hold an annual Zombie Bike Ride. A perfect event for this bicycle-focused community. 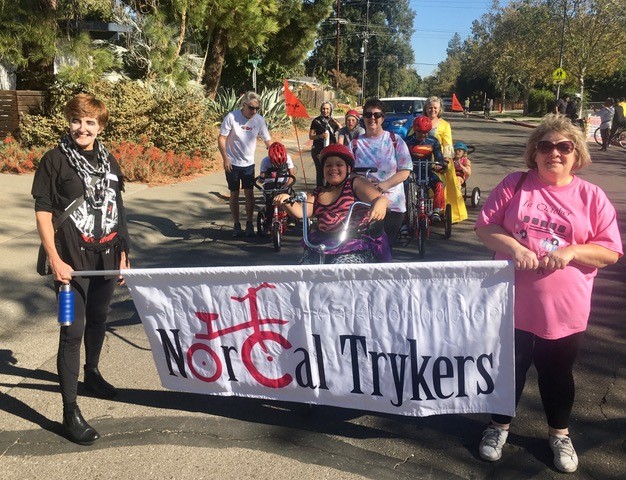 It all began when Gill Williams, President of NorCal Trykers, presented to the Odd Fellows and told them about the Amtryke program. They had been thinking of challenging the Guinness Book of Records for the longest Zombie Bike Parade at Halloween. They decided this would be a good fundraiser for NorCal Trykers!! So, an idea was born. The Odd Fellows didn’t make the record books, but the annual Zombie Bike parade was launched. This first parade was in 2019. The following year, due to Covid restrictions, it became The Zombie Bike Ride. There is a 12-mile bike loop in Davis. Participants can join the bike loop at any point, admission is free, and ride as far as they like. There are theater groups, Thriller dance troupes, Zombie sky divers, food trucks, monster mash after party and much more. The profits from sponsorship and individual donations (via posters with a QR code linked to NorCal Trykers) all go to NorCal Trykers. This year they raised $7,600, enabling NorCal Trykers to purchase 8 Amtrykes for local kids.

This year, several NorCal Tryker recipients rode in the parade with their families joining them.  Our volunteers accompany the riders with a NorCal Trykers banner to increase awareness of our organization in the community. 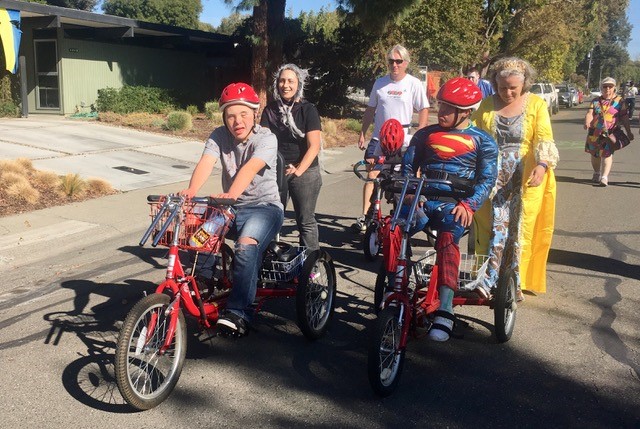 The Bike Campaign and Bike Garage are linked nonprofits in Davis. They partner with The Odd Fellows to organize The Zombie Bike Ride. This is a great group of people who support and promote cycling; their main goal is to reduce car trips and increase safe cycling. They accept donations of bikes and upgrade and sell them at low prices to enable more people to “ride more and drive less” At the parade they offer free bike safety checks, helmet checks and basic repairs. They also give away reflectors and bike lights to promote safe cycling.  Another great partner for NorCal Trykers! 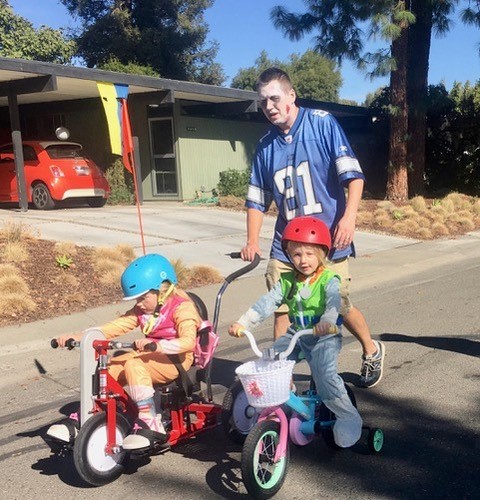