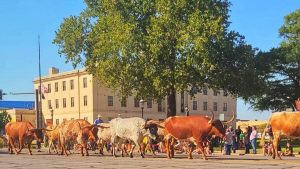 The Enid AM Too Chapter in Enid, Oklahoma participated in their community’s annual Cherokee Strip Parade on September 18th. Members donned their Enid AM Too shirts for maximum visibility as they rode on a flatbed trailer following a head (a group, for non-Westerners) of long horn steers. 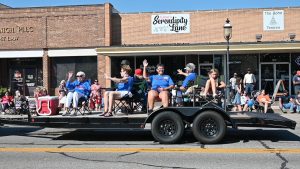 Other members walked the parade route, handing out candy to children along the way. The chapter ran a raffle fundraiser, which was promoted by the parade announcer. They announced the raffle winner at  the courthouse gazebo at the close of the parade. The prize was a one-night stay at the Buffalo Point Retreat, located in Waukomis, Oklahoma. The prize was generously donated by their management and has a $1,000 dollar value. The fundraiser netted the chapter approximately $1,500. It is just one of the many ways Enid AM Too is promoting the mission of AMBUCS. 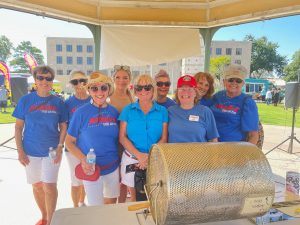